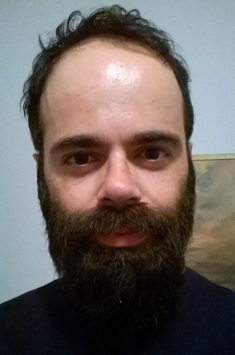 He has been working since 2002 in the social psychiatry field on the psychosocial rehabilitation units of the Family Association for Mental Health including Group Home, Day Center, and Protected Apartment, and since 2012 works at the Day Center of the Social Psychiatry Association and Mental Health, monitoring mental health patients living in the community.

He holds the position of Scientific Director of the Center since 2014.

He also runs a private practice as a Psychologist-Psychotherapist with psychoanalytic orientation (one-to-one, group, family and couples).

He is a founding member of the Hellenic Association of Group Psychoanalytic Psychotherapy.