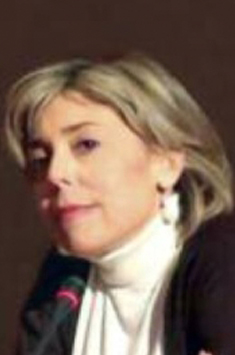 Christine Michalopoulou studied Philosophy (BA hons) at the university of North London, Psychology at the O.U. (Postgraduate Course) and Counselling (MA) AT Kelle University. She worked in the outpatient’s department of “PROMIS clinic” for addictions and eating disorders (South Kensington, London) and returned to Greece in 1994 when she initially worked at the “center for trans-cultural Psychiatry” at the departments of psychosocial support in Agia Varvara and Votanikos.

From 1996 and until 2012 she has worked at three private schools consequently. She has being and still is, in private practice as a psychoanalytic psychotherapist and lately as a group analyst, as well.

She is also the co-author of two books for adolescence and has published numerous articles in Greek psychoanalytic publications (e.g. Oedipus).