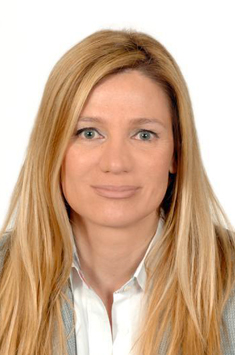 Stamatia Vondikaki graduated from the Medical School of Plovdiv in Bulgaria. She has served as a training psychiatrist at the Second Pathological Clinic in Rhodes, at the Neurological Clinic of Tzanio Hospital in Pireaus, at the Psychiatric Clinic Athena and at the First Psychiatric University Clinic of Athens (Eginitio Hopsital).

From 2005 until 2013 she worked as a scientific collaborator of the Department for Personality Disorders at Eginitio Hosital. From 2005 until today she has been working privately as a psychiatrist and psychotherapist.

She is a founding member of the HSPGP.