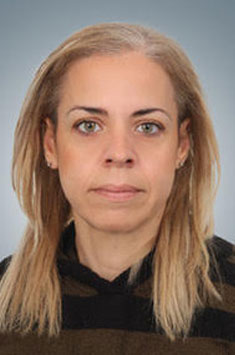 Nikiforaki Roumpina is a Psychologist and a Psychodymamic Psychotherapist among Groups, Families and Couples. She was born in Athens in 1981. She studied BSc Psychology in University of Leeds, United Kingdom and completed her Masters’ Degree (MSc) in Criminology and Forensic Psychology in Middlesex University of London. From 2006 until 2008 she worked as a psychologist with drug users and their families in the “ATHENA PROGRAMME”, Annex of Aiginiteion Hospital. Afterwards, she followed the five-year education in the Hellenic Institute for Group Analytic and Family Psychotherapy (HIGAFP) and worked as a psychoanalytic psychotherapist in the Nursing Homes “ENARXI”, and “PYLH”, outside hospital units of Dafni Hospital. She participated in psychotherapeutic groups among patients with psychotic syndromes. From 2010 she works in private practice, while, since 2014 she works with groups as well. She is a member of the British Psychological Society (BPS).