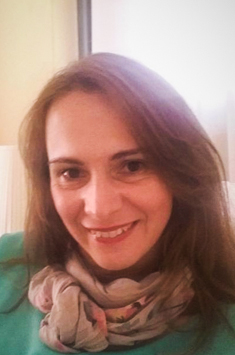 After completing her studies on Clinical Psychology (Maitrise D.E.A. 1991-1997) at Louis Pasteur University in Strasbourg (Strasbourg I), she worked as a volunteer at the Centre d’Accueil et de Soins (Reception and Treatment Center for substance users) in Strasbourg, and from 1997 to 1998 at the Department of Youth and Adolescents of the Psychiatric Hospital of Attica.

Since 1998 she has been a practicing psychologist at the “Department of Youth and Adolescent Psychiatry” in Athens General Hospital “Georgios Gennimatas”. She also practices at the Social Cooperative “EIKONA” of which she is a founding member and responsible for the patients’ psychosocial open support group.

In the adolescent unit she takes on teen psychotherapy and parent counseling, as well as teen patients group psychotherapeutic-psychoanalytic co-ordination for the hospitals out-patient clinic. Being responsible for the education of the structure’s trainee psychologists, she has taken on their supervision team. She has also collaborated with LFHED (Lycée Franco-Hellénique Eugène Delacroix) where she coordinated a group of French speaking parents of adolescent students.

Since 2008, she has had a private office, where she works psychotherapeutically with adolescents, adults and psychoanalytic psychotherapy groups.

She has presented and published essays in various seminars, workshops and conferences. She is a full member of SFPPG and HSPGP.